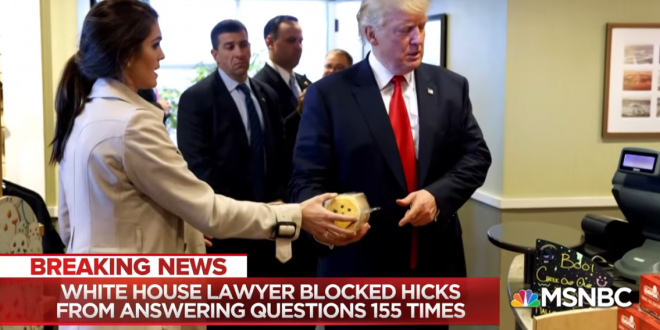 President Donald Trump’s campaign and the Republican National Committee have paid more than $600,000 in legal fees to the law firm that represents Hope Hicks, according to reports filed with the Federal Election Commission.

In the last 15 months, the campaign and RNC have paid Trout Cacheris & Solomon PLLC a grand total of $640,050.10. Based on the most recent report, the campaign spent $50,353.73 with the litigation firm. Hicks, who served as one of Trump’s most trusted aides, returned to Washington in mid-June to testify before the House Judiciary Committee.

The House Judiciary Committee is now examining the truthfulness of Hicks’s statements after newly unsealed court documents revealed she was in close contact with Trump’s former lawyer Michael Cohen as he was negotiating a hush money payment with the adult-film star Stormy Daniels to keep her quiet about an alleged affair with Trump.