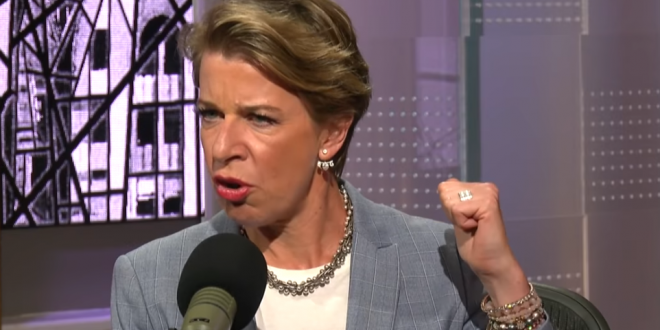 President Donald Trump has retweeted a tweet from controversial British commentator Katie Hopkins, in which she praises a number of far-right politicians and says “the fightback by proud nations is on”. In a post on Wednesday night, Hopkins listed the names of four politicians, all of whom have a track record of populist and discriminatory views. She also said that “god-willing/jihadi-failing” she will be alive to see “Boris Johnson in Number 10” and “Trump in the White House” and “Netanyahu building Israel”.

Hopkins was a contestant on the British version of The Apprentice and several other reality shows. She’s since become one of the UK’s most prominent far-right activists and is a supporter of far-right extremist Tommy Robinson, a founder of the extremist English Defense League. She was fired from her columnist gig at the Daily Mail after tweeting a call for a “final solution” after the bombing at Ariana Grande’s Manchester concert.

What a time to be alive

The fightback by proud nations is on

The White House will be hosting a very big and very important Social Media Summit today. Would I have become President without Social Media? Yes (probably)! At its conclusion, we will all go to the beautiful Rose Garden for a News Conference on the Census and Citizenship.

Previous Willy Wonka Star Denise Nickerson Dies At Age 62
Next Trump: I’m A Great Looking Truly Stable Genius And The Media Will Not Get Away With Lying Much Longer