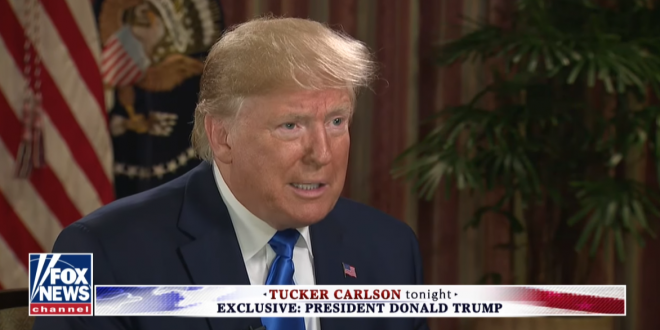 Trump Claims Twitter Is Stopping Him From Getting New Followers: “What They’re Doing Is Possibly Illegal”

“If you look at Twitter, I have millions and millions of people on Twitter and it’s — you know, it’s a very good arm for me. It’s great social media. But they don’t treat me right. And I know for a fact, I mean, a lot of people try and follow me and it’s very hard. I have so many people coming up that they say, ‘Sir, it’s so hard. They make it hard to follow.’ What they’re doing is wrong and possibly illegal. And a lot of things are being looked at right now.” – Glorious Leader, speaking night to Tucker Carlson, who did not question the claim.

Trump went on to claim that he’s “been told” that he can add 10 points to any poll about him. Carlson didn’t question that either, but instead suggested that the DOJ should investigate Twitter. Start the clip below at 8:20.

This explains why Trump is claiming there’s a Twitter conspiracy to keep him from getting more followers.