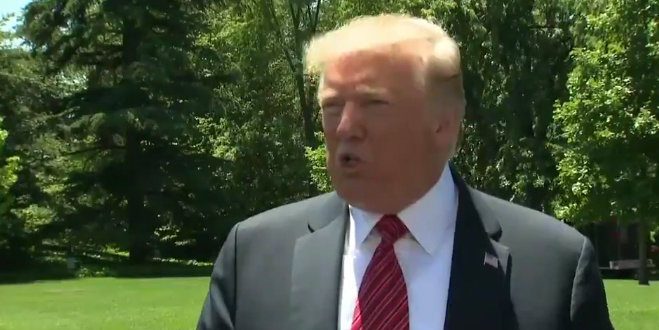 “It’ll be like no other. I’m going to say a few words and we’re going to have planes going overhead, the best fighter jets in the world, and other planes, too. And we’re going to have some tanks stationed outside. You’ve got to be pretty careful with the tanks, because the roads have a tendency not to like to carry heavy tanks. So we have to put them in certain areas, but we have the brand new Sherman tanks and we have the brand new Abrams tanks.

“And we have some incredible equipment, military equipment on display — brand new. And we’re very proud of it. You know we’re making a lot of new tanks right now. we’re building a lot of new tanks in Lima, Ohio — our great tank factory that people wanted to close down until I got elected and I stopped it from being closed down, and now it’s a very productive facility and they do, it’s the greatest tank in the world.” – Donald Trump, in the Oval Office today.

The last Sherman tank was built in 1945.

Trump brags about the amazing tanks he’ll have on display in Washington on July 4 pic.twitter.com/8Ir7CBCQdn