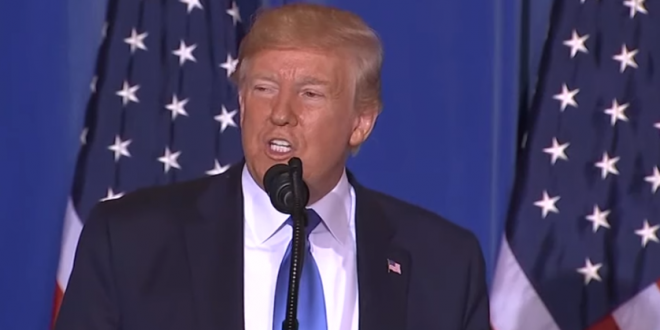 Following the World Cup triumph by the U.S. women’s national team, President Trump appeared to backtrack on a promise he made last month to invite the squad to the White House regardless of Sunday’s outcome.

“We haven’t really thought about it,” Trump said, according to Voice of America, after the 2-0 U.S. win over the Netherlands in the final. “We’ll look at that.”

In June, Trump had tweeted: “We haven’t yet invited Megan [Rapinoe] or the team, but I am now inviting the TEAM, win or lose.”

“We haven’t really thought about it. We’ll look at that,” replies @POTUS when asked if he’ll invite #USWomensSoccerTeam to @WhiteHouse. pic.twitter.com/VRcwBuojKV