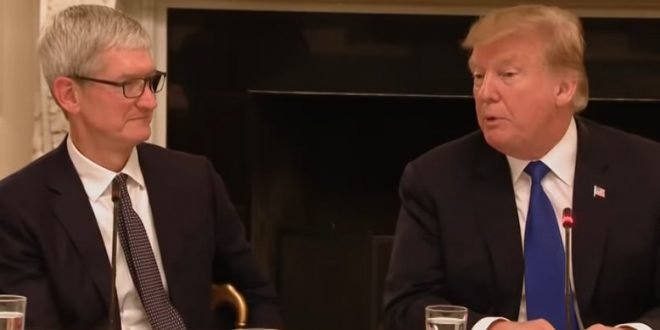 Trump: Apple Will Get No “Wavers” On China Tariffs

In a tweet on Friday, President Trump said his administration will not grant Apple any relief on Mac Pro parts made in China. Apple said in June that tariffs on its products will reduce its contribution to the U.S. economy.

Apple will not be given Tariff wavers, or relief, for Mac Pro parts that are made in China. Make them in the USA, no Tariffs!

Previous Civil Lawsuits Filed Against Pastor Who Used Oral Sex To Suck Out Men’s “Demons” During Ritual Exorcisms
Next Trump Rages At Fox News Over Their Latest 2020 Poll: “There’s NO WAY I Can Be Losing To Sleepy Joe Biden”