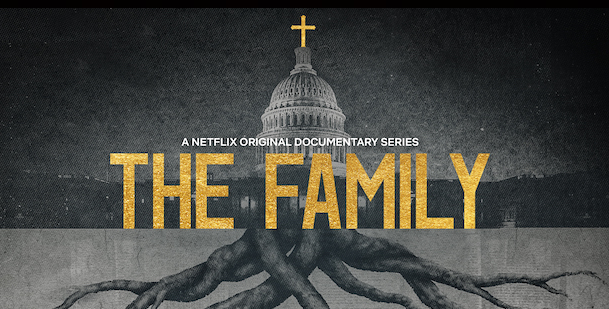 Meet The Fellowship, the secret organization at the center of Netflix’s upcoming five-part docuseries “The Family,” a project that was made “with unprecedented participation from members of the organization,” which examines the “sophisticated, successful tactics its affiliates use to influence policy-making around the globe.”

In the trailer, which dropped Wednesday morning, you’ll see experts and organization members discuss The Fellowship’s “involvement in widespread political scandals, the notorious C Street house and investigate how the immensely private organization works with the current administration.”

Via press release from Netflix:

Every February, on the first Thursday, at the same hotel, dignitaries and guests from 100 countries gather in America’s capital for a blessing. While more than 3,000 people attend the National Prayer Breakfast — including every U.S. president since Dwight Eisenhower — the host organization has long shrouded itself in secrecy.

As he learned firsthand and documented in The Family: The Secret Fundamentalism at the Heart of American Power, The Family believes the separation of church and state is unnecessary, and political affiliation is irrelevant.

The Family grooms and supports leaders, teaching them that the Bible is a story about power, not mercy – that leaders are chosen by God, not elected.

Tags Christianists Netflix separation of church and state The Family