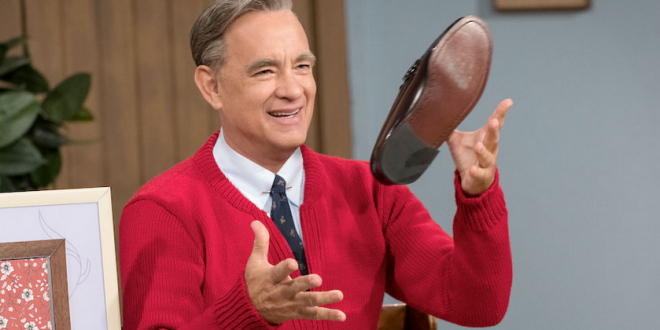 TRAILER: A Beautiful Day In The Neighborhood

It’s a beautiful day for a new movie trailer and Sony Pictures just dropped one for its forthcoming film “A Beautiful Day in the Neighborhood,” about Fred Rogers. Just as “Mr. Rogers’ Neighborhood” always started with Mr. Rogers singing the classic theme song, so does the trailer.

This time, it’s Tom Hanks singing the delightful tune, asking the audience, “Won’t you be my neighbor?”

The trailer begins with Hanks, as Mr. Rogers, on the set of his classic PBS children’s show. Just like the host himself, Hanks — with gray hair and a nicely-pressed suit — changes into a red cardigan and some sneakers. The movie, however, is not a biopic about Rogers. Instead, it tells the story of a reporter whose life changes after he meets Rogers.