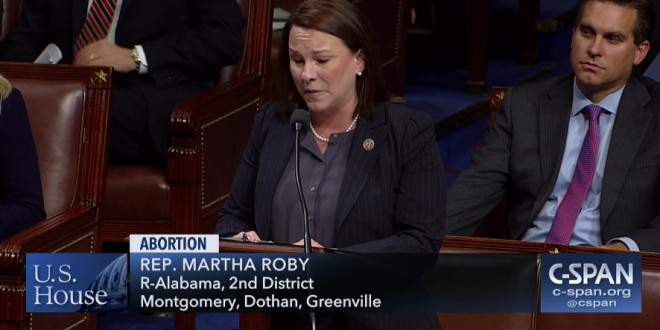 Alabama’s only Republican female representative in Congress says she won’t seek re-election for a sixth term in 2020, meaning the seat will be without an incumbent.

Rep. Martha Roby, who represents the state’s 2nd District, said Friday she won’t seek another term, issuing a statement that doe not specifically give a reason for her decision.

“Riley and I, and our children, Margaret and George, will be forever grateful to the people of Alabama’s Second District for giving us the tremendous privilege and honor of serving our state and country. Throughout my five terms in Congress, I have cast every vote with the guiding principle that Alabama always comes first.”