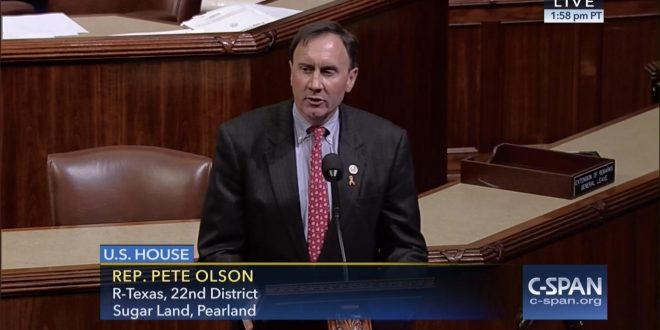 U.S. Rep. Pete Olson, R-Sugar Land, announced Friday afternoon that he is retiring from Congress. The retirement sets up what will likely be one of the most competitive House races in the country. Olson narrowly won reelection last year against Democrat Sri Kulkarni, who is running again.

While once a conservative stronghold, the district’s political future is uncertain. Olson won reelection last November by a mere 5 percentage points. House Democrats made clear early this cycle they plan to mount a fierce challenge against him.

Olson has a 100% anti-LGBT voting record. He last appeared on JMG in 2017 when he declared that Bill Clinton may have threatened to murder then-Attorney General Loretta Lynch.