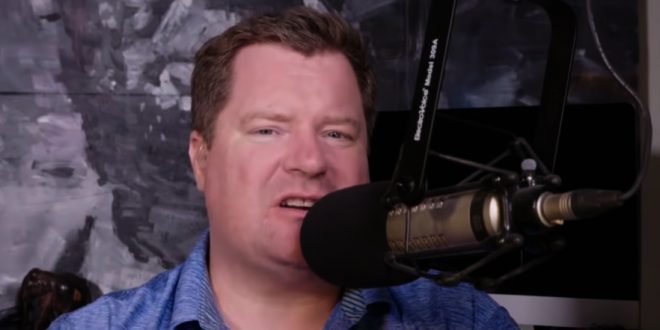 Right Winger Erick Erickson: If Epstein Had Molested Boys In Drag, Dems Would Be Rushing To His Defense

Once upon a time “Never Trump” leader Erick Erickson, last appeared on JMG when he fell for the far-right hoax that David Hogg wasn’t at school on the day of the Parkland massacre.

Today Erickson claims that if Jeffery Epstein had been accused of molesting boys in drag, progressives would be rushing to his defense. As you can see below, even fellow right wingers are piling on.

If Epstein had done what he did with teenage boys and dressed them in drag, undoubtedly a number of people out to get him would instead be defending him.

Scorching hot take, but the people you’re trying to burn were pretty consistently outraged at sexual abuse of boys within the Catholic Church.

And amazing what they’ll turn a blind eye to.

In other words, they were consistent in their outrage at sexual abuse of children.

In case anybody is confused, Erick is trying to score political points off little girls being sexually assaulted, because Erick is a pig-ignorant bigot with a prurient fixation with gays. He’s also just kind of a piece of shit.

how many smarter, more engaging POC have been kept off cable news panels over the last decade because a booker felt that a TV audience just absolutely needed erick erickson’s expertise?

Erick Erickson goes pro-child rapist to own the libs. Such a good Christian. https://t.co/5NbkmBciif