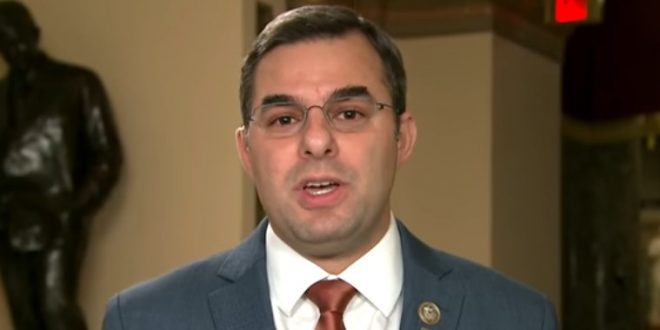 Most Americans are not rigidly partisan and do not feel well represented by either of the two major parties. In fact, the parties have become more partisan in part because they are catering to fewer people, as Americans are rejecting party affiliation in record numbers.

Today, I am declaring my independence and leaving the Republican Party. No matter your circumstance, I’m asking you to join me in rejecting the partisan loyalties and rhetoric that divide and dehumanize us.

I’m asking you to believe that we can do better than this two-party system — and to work toward it. If we continue to take America for granted, we will lose it.

Amash has fueled speculation in recent weeks that he’s planning to mount a third-party challenge to Trump, whom the Michigan lawmaker has repeatedly criticized in the wake of special counsel Robert Mueller’s report on 2016 election interference.

n an interview with The Hill in June, Amash insisted he had no interest in playing “spoiler” in the 2020 election, saying that if he runs, he intends to win. Asked at the time if he had made a decision on a third-party presidential run, Amash said, “I haven’t ruled anything out.”