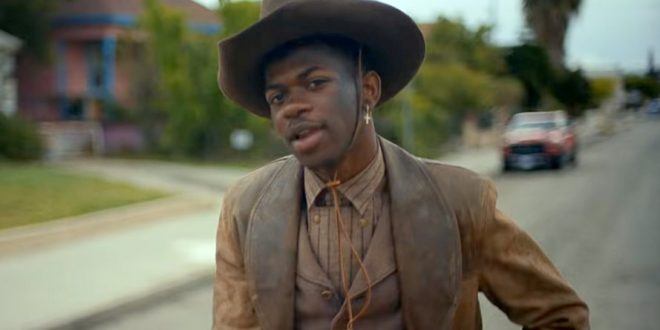 Lil Nas X came out in a handful of Twitter messages posted Sunday, telling fans to listen closely to the lyrics on his 7 track “C7osure (You Like).”

“Some of y’all already know, some of y’all don’t care, some of y’all not gone [fuck with me] no more,” he wrote. “But before this month ends I want y’all to listen closely to ‘C7osure.’” The tweet also included a rainbow emoji to further mark the last day of Pride Month.

Soon after, Lil Nas X posted a photo of the 7 EP cover art, which pictures him staring at a distant city skyline, and zoomed in on a building lit up with rainbow colors. “Deadass I thought I made it obvious,” he captioned it.

“C7osure” begins, “True say, I want and I need to let go, use my time to be free.” He continues: “Ain’t no more actin’, man that forecast say I should just let me grow/No more red light for me baby, only green, I gotta go/Pack my past up in the back, oh, let my future take ahold/This is what I gotta do, can’t be regrettin’ when I’m old.”

Lil Nas X’s “Old Town Road” has been the No. 1 song in the U.S. since April, breaking streaming records previously set by Drake and holding off two different new Taylor Swift singles. His EP 7 debuted at No. 2 on the Billboard 200 this week behind the new Raconteurs LP. Lil Nas X tweeted to Third Man Records, “congrats!!!”

Lil Nas X’s “Old Town Road,” featuring Billy Ray Cyrus, dominates the Billboard Hot 100 for a 12th week. The single is just the 20th in the Hot 100’s six-decade history to reign for at least that long and is the first since Luis Fonsi and Daddy Yankee spent a record-tying 16 weeks on top with “Despacito,” featuring Justin Bieber, in 2017.

deadass thought i made it obvious pic.twitter.com/HFCbVqBkLM