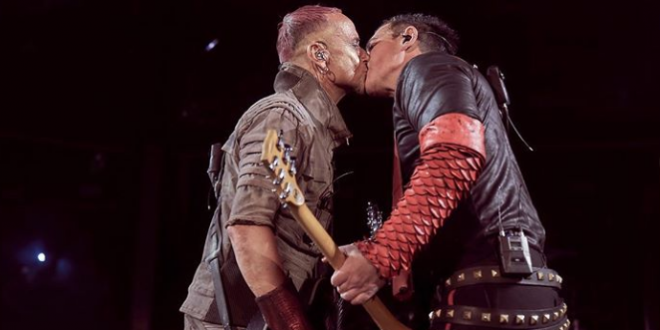 Two members of Rammstein kissed onstage in Moscow as a sign of defiance at the country’s notoriously anti-LGBT+ stance. Guitarists Paul Landers and Richard Kruspe were seen moving towards one another before kissing during a performance of “Aüslander”.

The German heavy metal band posted a photo of the moment on their Instagram page with the caption: “Russia, we love you!” Legislation against “gay propaganda” was passed in Russia in 2013, and has helped create an inhospitable environment for LGBT+ Russians.

Formed in 1994, Rammstein has so far racked up six #1 albums on German and other European charts. They’ve also landed over two dozen singles in top ten charts across Europe.