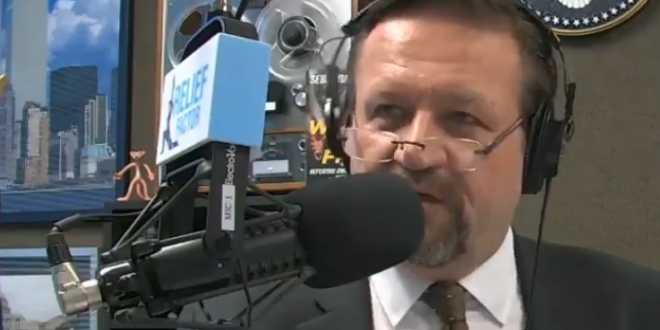 Sebastian Gorka got duped by a prank call to his radio show and proceeded to blast the jokester as “a little girl” for telling Gorka he was awarded journalist of the year by “Dipshit Magazine.” The caller, “Jason,” began with effusive praise of Gorka, saying he “loved” the sound of Gorka’s voice.

“Radio is meant for you, sir,” Jason said. “Well, my favorite magazine just did a feature on you saying you were the top journalist of this year, I wasn’t sure if you were aware of that yet,” Jason said. “What is this you are talking about?” Gorka responded. “It’s called Dipshit Magazine,” the caller responded.

Gorka goes on to call the man a “sad little girl” and declare that such calls prove that he’s “winning.”

in which Sebastian Gorka learns that “Dipshit Magazine” said he’s the top journalist of the year pic.twitter.com/qQGI0Eoryh