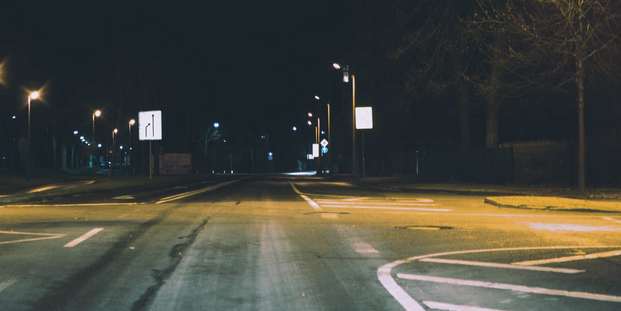 Members of the far-right Proud Boys men’s group allegedly made a threatening late-night visit recently to the home of one of their critics, the latest in the group’s escalating actions against its detractors.

Gwen Snyder, an amateur researcher in Philadelphia who tracks the group’s movements, wasn’t at home when a group of men visited her residence around 11 p.m. on June 29.

PBs came to my home in the middle of the night to terroristically threaten me for my research of the far right.

Now, I have video. pic.twitter.com/yzvLB1tBH5

I research and publish information about racist hate groups like the Proud Boys, with a focus on violent activity in my city, Philadelphia.

On June 29th, at 11:20 pm, my downstairs neighbor texted me while I was out of town to warn me that a group of men had been looking for me. pic.twitter.com/jq2D6llVFG

I didn’t notice the text until the following evening, and followed up with him to ask what had happened.

As it turned out, my visitors had been Proud Boys.

And they meant business. pic.twitter.com/foAYnZdJv6

My partner went down to get details. The neighbor said that a group had approached, and two Proud Boys had identified themselves, tried to find out if he knew me, and told him to relay the following message to me:

Then, they slapped a sticker on our front door, a sticker he’d removed and saved.

We later discovered (via Twitter) that the morning after the visit, a different neighbor had found more stickers placed at the intersection where our apartment building is located. pic.twitter.com/nlIKc02hln

When I reached out to friends, I found out that another local researcher had received a similar visit right after mine, and that the Proud Boys had tried to lure them out of their house immediately prior to showing up.

They had three young children in the house at the time. pic.twitter.com/xEURll3ARY

This wasn’t out of the blue.

In response to my research on their “anonymous” troll accounts and infiltration of the local GOP, Philly Proud Boys have published my home address, threatened my safety, and even once claimed to have kidnapped my cat. pic.twitter.com/0K0vOMFlpF

These terrorist attempts at intimidation weren’t the efforts of a rogue Proud Boys chapter.

They were set in motion with a call to action in the *national* Proud Boys chat, pitched as a leadup to the violent Proud Boys rally that would occur in DC the following weekend. pic.twitter.com/rmxdrwUYUv

During that leadup, Proud Boy Jamie Antonacci (aka Chris White, aka “6million,” a holocaust denial reference, aka Chris Black) and others made threats of armed violence against Jewish Philadelphia activist @EllieAndOtis, promising her a violent house visit as well. pic.twitter.com/qttxMlv61J

“Chris” documented his journey to Philly, bragged about meeting up with the Philly Proud Boy after their “house visits” to us, talked about conspiring with Philly PB Aaron Wolkind, and responded to questions about whether he’d visited violence on @EllieAndOtis with, “not yet.” pic.twitter.com/hS1C2G0JB6

After making his way down to DC for the weekend rally, he documented the firepower he’d (illegally) brought with him through Philly and into the Capitol, and bragged about making it through TSA with loose ammo in his luggage even after agents recognized his Proud Boys uniform. pic.twitter.com/9gXD39enhG

This is a terrorist group, pure and simple. They are a gang regularly convicted for assaulting their political opponents in the street without provocation. pic.twitter.com/iZE2IT0tz2

In their internal chats, they share their violent fantasies about murdering “commies” (which by their broad definition includes even centrist Dems like Pelosi).

They flaunt their weaponry and propose the assassination of researchers like @AntiFashGordon. pic.twitter.com/jzYNEkGWdg

Previous Rand Paul Offers To Buy Omar Ticket Back To Somalia
Next POLL: Biden Widens Lead To +19 Ahead Of Debates