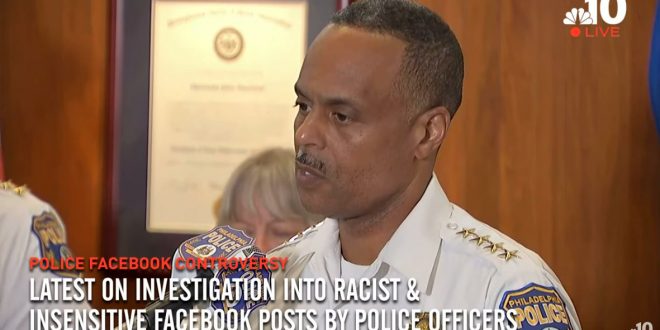 PHILADELPHIA: 13 Cops Fired For Racist And Anti-Gay Facebook Posts, Many Others To Be Suspended [VIDEO]

These officers were found to be the worst offenders among 328 local cops identified in the project’s national database. One of the most egregious posts included a meme that declared “Death to Islam.” An additional four officers, whose posts were less violent, will be suspended for 30 days and must undergo anti-bias training.

A third class of officers who violated the police department’s social media policy but did not advocate hate or excessive force will be suspended for five days. They must also participate in ongoing sensitivity training.