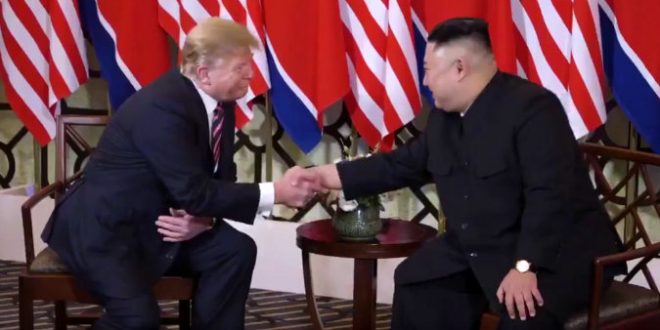 Pentagon: North Korean Nukes Can Hit Any US Target

U.S. Forces Korea (USFK) released its 2019 Strategic Digest on Thursday, detailing the current state of play for American troops on the Korean peninsula. As part of its summary, the digest listed North Korea’s current ICBM arsenal, confirming that the largest weapon—the Hwasong-15—can hit anywhere in the continental U.S.

The Hwasong-15 had its first and only launch in November 2017. The USFK said the missile has a range of up to 8,000 miles, making it “capable of striking any part of the continental United States,” the digest warned.