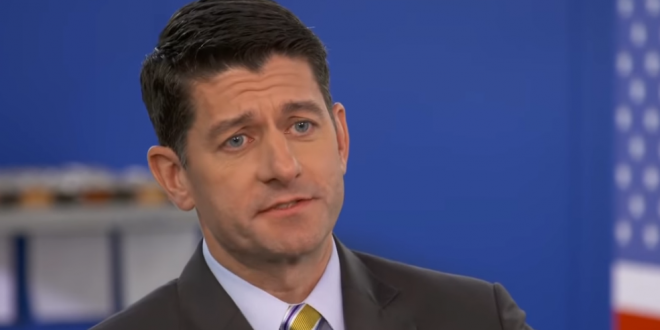 Paul Ryan: I Retired To Get Away From Donald Trump

Now out of office and trading in his power suits for a blue vest, Paul Ryan is back to critiquing Trump in unflattering terms in conversations with Alberta, who writes the former speaker could not stand the idea of another two years with the president and saw retirement as the “escape hatch.”

“We’ve gotten so numbed by it all,” Ryan says. “Not in government, but where we live our lives, we have a responsibility to try and rebuild. Don’t call a woman a ‘horse face.’ Don’t cheat on your wife. Don’t cheat on anything. Be a good person. Set a good example.”

“I told myself I gotta have a relationship with this guy to help him get his mind right,” Ryan recalls. “Because, I’m telling you, he didn’t know anything about government. I wanted to scold him all the time.”

The above is from a new book by Tim Alberta. You know what’s coming now.