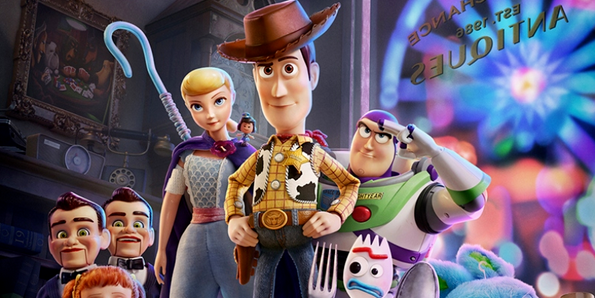 WARNING! Toy Story 4 has just hit cinemas, but one thing we did not expect to see was LGBTQ characters. No matter how insignificant to the overall story they were, Disney still felt it was necessary to include them.

At the start of the movie, when Woody’s new owner Bonnie goes for her first day of kindergarten, in the background there is a quick scene where one child is dropped off by two moms. Later, the moms return to pick up their child who gives them a hug. The scene is subtle in order to to desensitize children. But it is obvious that the child has two mothers, and they are parenting together.

Toy Story 4 is the last place parents would expect their children to be confronted with content regarding sexual orientation. Issues of this nature are being introduced too early and too soon. It is extremely common yet unnecessary.

Disney has decided once again to be politically correct versus providing family-friendly entertainment. Disney should stick to entertaining instead of pushing an agenda and exposing children to controversial topics.

TAKE ACTION: Sign our Petition stating you will continue to no longer trust Disney since their actions have veered away from family-friendly entertainment. And please share! 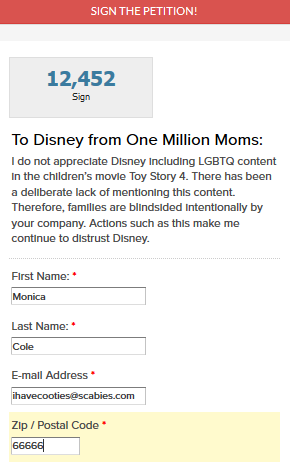