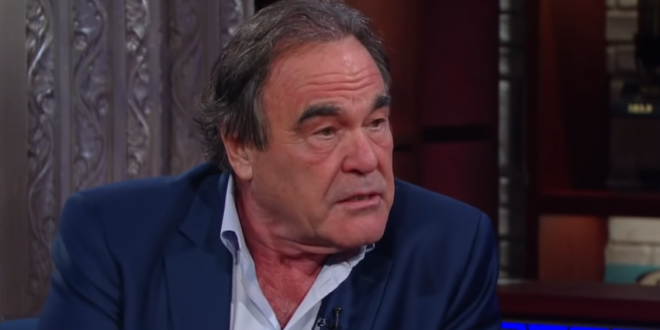 Oliver Stone: I’m Not Homophobic And Neither Is Putin

As to gay/LGBTQ beliefs in Russia, again much misunderstood. Mr. Putin made himself clear in “The Putin Interviews” — he’s not anti-gay/LGBTQ. Nor am I.

Have another look at “Alexander,” for which we took a beating in 2004. Beyond the Hephaestion story in the sexuality department, I prominently featured Alexander’s love for the Persian eunuch Bagoas, certainly an example of a third sex and emblematic of Alexander’s world vision, which I much admired.

Do not bring American expectations to Russian life any more than you expect Iran, Korea, Venezuela, or China to follow our political or social demands.

Last week Stone told Putin that Russia’s law banning LGBT “propaganda” is “sensible” before going on to complain about US media attention on transgender rights.