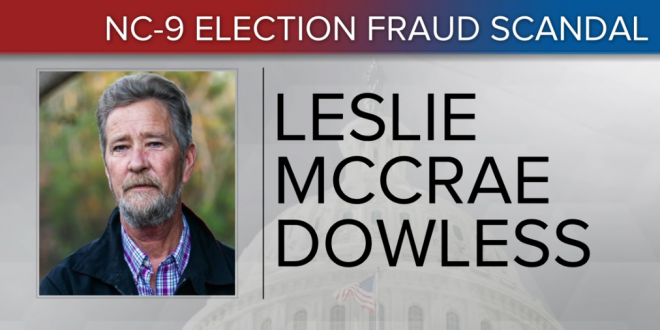 Leslie McCrae Dowless was charged with two counts of felony obstruction of justice, perjury, solicitation to commit perjury, conspiracy to obstruct justice and possession of absentee ballot, the document showed.

Dowless had earlier been charged with multiple felonies. The special election for the seat will be held on September 10th.