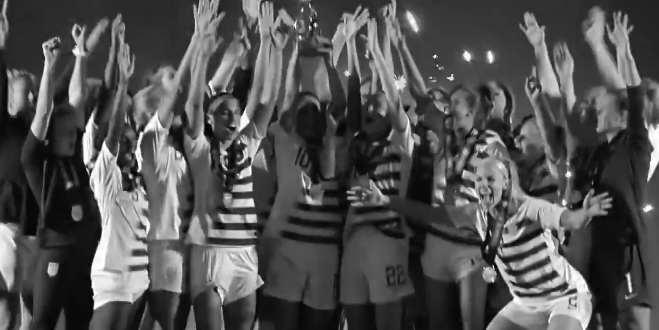 This team wins. Everyone wins.

Victory is when we all win. It’s only crazy until you do it. #justdoit @USWNT pic.twitter.com/pBU7UE2IEs

Quite the ad from Nike: “I believe that … a whole generation of girls and boys will go out and play and say things like, ‘I want to be like Megan Rapinoe when I grow up.’ And that they’ll be inspired to talk and win.” pic.twitter.com/D0PfztNyXr