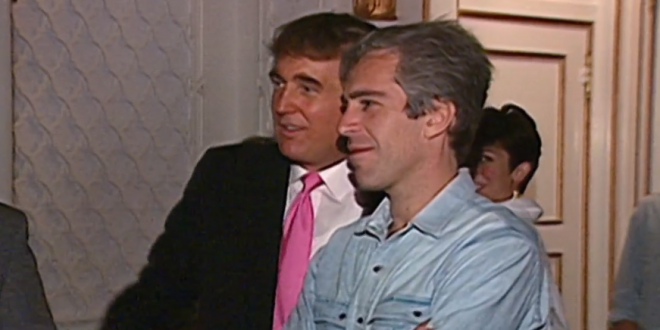 The footage shows two wealthy men laughing and pointing as they appear to discuss young and beautiful women dancing at a party. Today, one of the men is president of the United States. The other is in federal lockup awaiting a bail decision as he fights sex trafficking and conspiracy charges.

The November 1992 tape in the NBC archives shows Donald Trump partying with Jeffrey Epstein at Trump’s Mar-a-Lago estate, now a private club, more than a decade before Epstein pleaded guilty to felony prostitution charges in Florida.

Trump claims he was never a “fan” of Epstein.

Here’s footage of @realDonaldTrump yucking it up with child sex predator Jeffrey Epstein – the man he now claims he is not a fan of 🤔#GroperInChief pic.twitter.com/OuXIZR5UT8