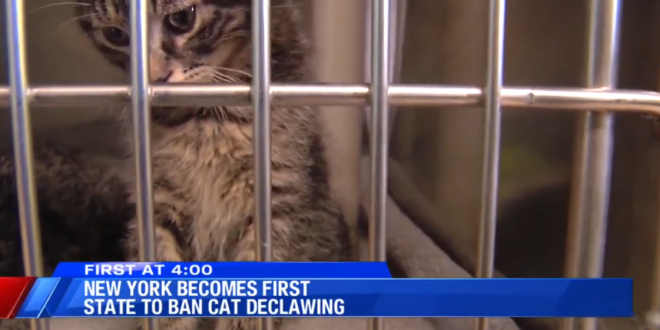 Gov. Andrew Cuomo signed a bill Monday banning the declawing of cats, making New York the first state in the nation to prohibit the procedure decried by animal-rights advocates as inhumane.

State lawmakers approved the measure in June despite opposition from some veterinary groups who feared it could lead to more house cats being euthanized. But Cuomo signed the bill Monday afternoon, calling it an “archaic” procedure that is “inhumane and unnecessary.”

“Declawing is a cruel and painful procedure that can create physical and behavioral problems for helpless animals, and today it stops,” Cuomo said in a statement. The ban took effect immediately upon Cuomo’s signature.