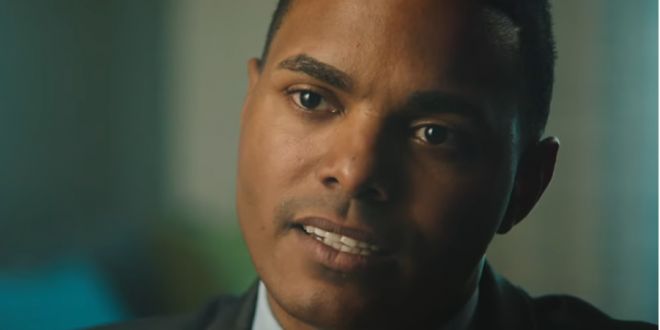 In January, as Congress swore in a record 10 openly L.G.B.T.Q. members, Ritchie J. Torres, a 31-year-old Bronx councilman, recalled how the moment filled him with admiration, but also a sense that the accomplishment was still incomplete. Mr. Torres, who is the first openly gay person to hold elected office in the borough, noted that not one of the 10 was black or Latino. He now hopes to be the first.

Mr. Torres on Monday will officially announce his candidacy for the Bronx seat soon to be vacated by Representative José E. Serrano, the longest serving Hispanic congressman in the country, who is retiring because he has Parkinson’s disease. But the Democratic primary may also be defined by another dynamic: Rubén Díaz Sr., Mr. Torres’s colleague on the City Council and a Pentecostal minister with a decades-long history of making homophobic remarks, is also seeking the seat.

As longtime readers know, I have reported hundreds of times on Ruben Diaz’ viciously anti-gay actions, which have included leading thousands of evangelicals on multiple anti-gay hate marches through the streets of New York City. At one of those hate marches, one of Diaz’ approved speakers cited the bible verse calling for executing homosexuals. Watch the clip below, please.

My story is the story of the Bronx, a story of overcoming. 12 years ago: I stood on the verge of suicide. 6 years ago: I overcame the odds to become the youngest elected in NYC. Today: I am running for Congress to fight for the only home I have ever known–the Bronx. #Fight4BX pic.twitter.com/9tNaFxBcUr

In a race for a House seat, Ritchie Torres, a gay Bronx councilman, will oppose Rubén Díaz Sr., who says he doesn’t believe in gay marriage https://t.co/7BJ4yleFs9