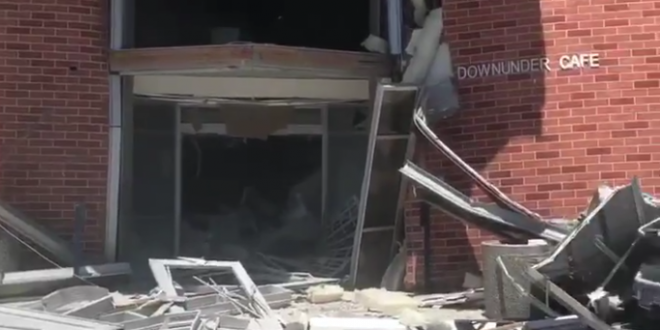 Police at University of Nevada, Reno say they’re responding to a “utilities accident” following reports of an explosion at a dormitory. Authorities said Friday that police officers and firefighters were on scene and advised people to stay away.  Photos posted to social media showed extensive damage spanning multiple floors of a dormitory.

Three people were injured in the explosion at Argenta Hall, according to Washoe County Sheriff’s Office spokesman Bob Harmon. The injuries were categorized as green-level injuries, which indicates that they are not life-threatening.

“The university is taking the lead on it but (the Washoe County Sheriff’s Office) came out to help if needed,” Harmon said. “We want to make sure everyone’s safe; that’s our first priority.”

Multiple agencies have responded to the incident, including the Washoe County Sheriff’s Office, the Reno and Sparks police departments, the Reno Fire Department and the Nevada Highway Patrol.

Argenta Hall sustained damages following a loud explosion. Virginia St. is partially closed off in front of the building. pic.twitter.com/UNrPXVeFxq