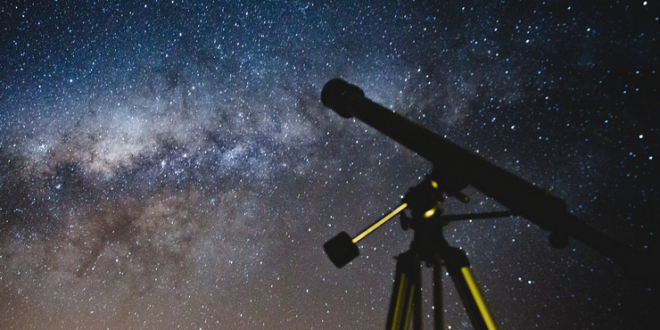 Alan Duffy was confused. On Thursday, the astronomer’s phone was suddenly flooded with calls from reporters wanting to know about a large asteroid that had just whizzed past Earth, and he couldn’t figure out “why everyone was so alarmed.”

“I thought everyone was getting worried about something we knew was coming,” Duffy, who is lead scientist at the Royal Institution of Australia, told The Washington Post. Forecasts had already predicted that a couple of asteroids would be passing relatively close to Earth this week.

Then, he looked up the details of the hunk of space rock named Asteroid 2019 OK. “I was stunned,” he said. “This was a true shock.” This asteroid wasn’t one that scientists had been tracking, and it had seemingly appeared from “out of nowhere,” Michael Brown, a Melbourne-based observational astronomer, told The Washington Post.

The space rock, named Asteroid 2019 OK, was first detected by astronomers last week in the United States and Brazil. NASA said the rock measures between 57 and 130 meters wide, much smaller than an extinction-level asteroid which are usually at least half a mile wide, but still capable of bringing major destruction.

“It would have gone off like a very large nuclear weapon,” Duffy said, comparable to about 10 megatons of TNT. Duffy and other astronomers warned that asteroids of this size are highly difficult to detect with advance notice and should be cause for legitimate concern.

This is the video of the close encounter of Asteroid 2019 OK we have been Twitting all day with the Earth: https://t.co/bjT7uhQJuO pic.twitter.com/3e4UyPcdPl

An asteroid big enough to destroy a city zipped by the Earth on Wednesday night and nobody saw it coming until just a few days ago: “It would have gone off like a very large nuclear weapon” https://t.co/IA5nzELReL via @wusa9 pic.twitter.com/oQNzIE8uAr

Previous Sprint/T-Mobile Merger Gets Final Approval From DOJ
Next Mexico To Trump Cultists: Your Wall Is On OUR Side