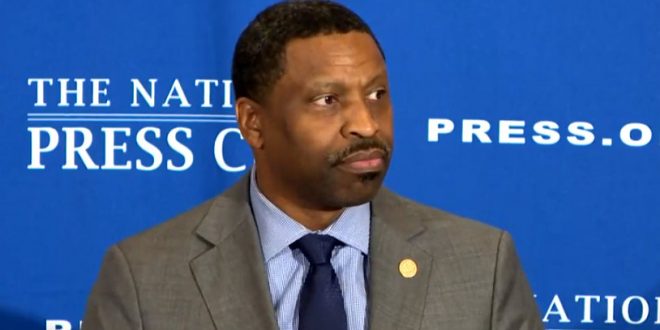 NAACP Votes Unanimously To Support Impeachment: Trump’s Misconduct Has Proven He Is Unfit To Serve

Delegates to the NAACP’s annual convention voted unanimously on Tuesday to support the impeachment of President Donald Trump, with the group’s president saying Trump is “unfit to serve this country.”

The push to come out against Trump was initiated by Rep. Al Green (D-TX), who has put forth several impeachment measures in the House.

While the vote is unlikely to have any legislative consequences, it represents a total rebuff of the president from the nation’s oldest and largest civil rights organization, where opposition to the Trump administration has become a common theme.

Today, @NAACP voted to move forward with a resolution to initiate @realDonaldTrump’s impeachment at the 110th #NAACPConvention. Trump’s misconduct is unmistakable and has proven time and time again, that he is unfit to serve as the president of this country. #WhenWeFightWeWin pic.twitter.com/LFg7Z8JDYO