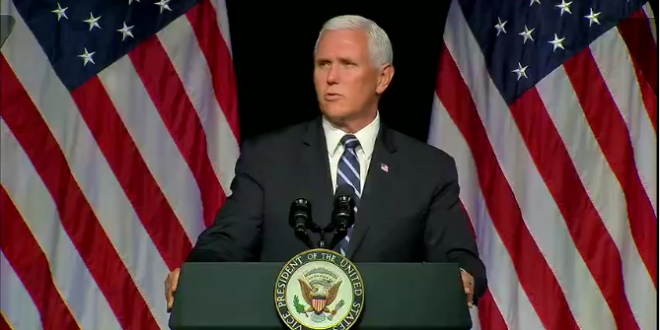 Mystery Behind Pence’s Canceled Flight Finally Known: He Was About To Meet With Alleged Fentanyl Dealer

Vice President Mike Pence was one short plane ride away from shaking hands with an alleged interstate drug dealer. Pence abruptly canceled his trip to Manchester, N.H., earlier this month but never said why he was pulled from Air Force Two at the last minute.

Jeff Hatch, who agreed in federal court Friday to plead guilty and will face up to four years in prison, works for an opioid addiction treatment center in southern New Hampshire that Pence was set to visit.

Federal court documents released Friday said Hatch was caught in 2017 with 1,500 grams of fentanyl. A baggie of the drug sold on the streets of New Hampshire is usually about one-tenth of a gram.

Politico: The sudden cancellation of Pence's trip to NH this month was apparently in part due to a federal law enforcement probe involving an individual Pence would likely encounter (a man under investigation for moving $100K+ of fentanyl from MA to NH). https://t.co/vqg1ALd51e

So @TrentSpiner figured out what happened with that canceled @VP trip from a few weeks back. One of the folks Pence was set to meet with — the chief business development officer for Granite Recovery Centers — was charged w/ dealing fentanyl.https://t.co/IzncpgzXK1

Previous Cop Suspended After Saying That AOC Should Be Shot Update: Cop Fired And Other Cop Who Liked Post Fired
Next Australia Is 33rd Country To Ban Death-To-Gays Pastor