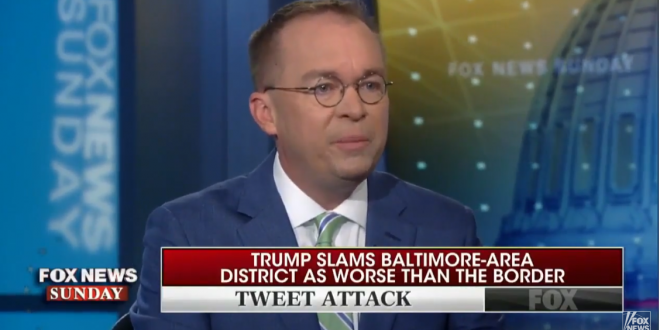 On “Fox News Sunday,” host Chris Wallace pointed out that the median household income in Cummings’ district is in the upper half nationally and that Columbia, Md., has been called the “safest city” in the country.

“What this is about, though, is the president fighting back against what he saw as being illegitimate attacks about the border,” in a recent House Oversight and Reform Committee hearing chaired by Cummings, Mulvaney responded.