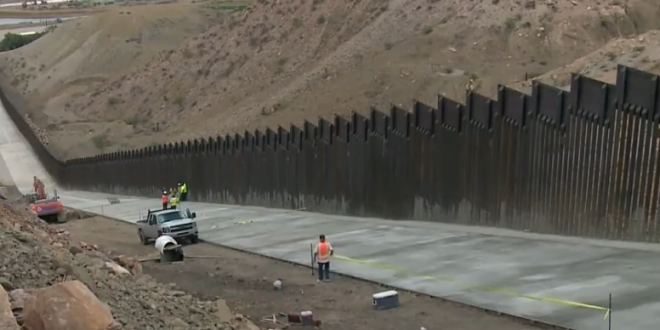 Mexico To Trump Cultists: Your Wall Is On OUR Side

Instead, they’ve moved to attack mode, with their founder calling the binational body that governs the border “50% OWNED by MEXICO” and “UN like” — fighting words, among private border wall fundraisers.

The IBWC regularly handles issues of binational importance, most notably water that flows across the border, and the 130-year-old body could hold firm in its beef with the GoFundMe wall builders, even if the group counts former White House adviser Steve Bannon as an adviser and former Kansas Secretary of State Kris Kobach as general counsel.