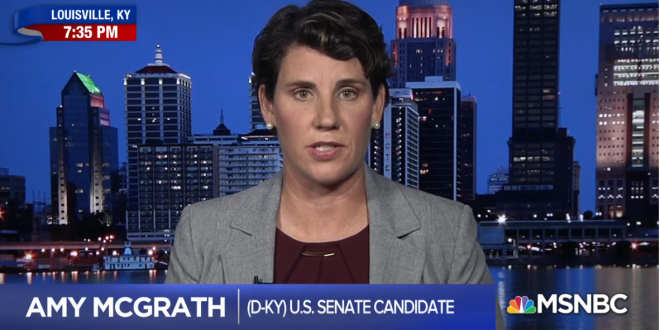 Kentucky Democratic Senate candidate Amy McGrath raised more than $2.5 million in the first 24 hours of her campaign against Mitch McConnell — over $1 million of it coming in just the first five and a half hours after she announced, according to her campaign.

McGrath campaign manager Mark Nickolas said it’s the most ever raised in the first 24 hours of a Senate campaign. The Democratic Senatorial Campaign Committee says the next closest was former NASA astronaut Mark Kelly, who raised $1 million in his first day of his campaign in Arizona.

All of the $2.5 million came in online donations with an average donation of $36.15, her campaign manager said. The $2.5 million total doesn’t include any additional traditional fundraising money that may have been raised in the form of checks or promised campaign contributions.