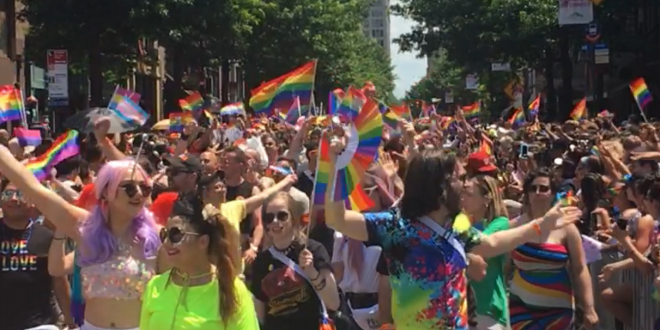 Around 5 million people attended WorldPride in New York City over the weekend, surpassing estimates of about 3 million, according to the mayor. New York City Mayor Bill de Blasio commended the police department for keeping the crowds safe as visitors from around the globe flooded the city’s streets over the weekend to celebrate LGBTQ rights.

He also noted how the crowds welcomed the NYPD’s presence during the event. Law enforcement, including members of the Royal Canadian Mounted Police, were photographed taking part in the festivities, smiling, holding hands and waving pride flags.

Officials said the city collected more than double the trash than it normally collects after New Year’s Eve celebrations. The city hosted WorldPride march on Sunday, coinciding with the 50th anniversary of the Stonewall riots — an event that helped spawn the modern LGBTQ civil rights movement.