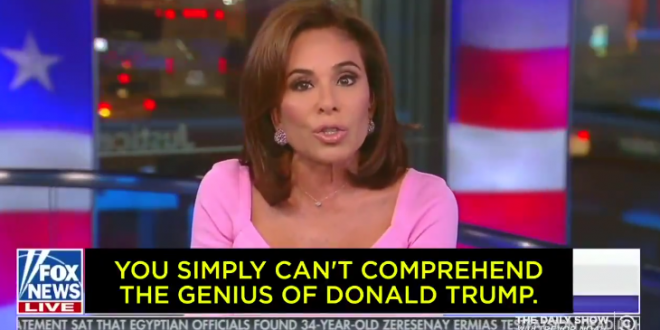 Comedy Central’s The Daily Show on Monday tweeted out a video in which they mashed up clips from Fox News and Fox Business with clips from North Korea. “This is something that many analysts and pundits thought was totally impossible,” Fox News pundit Jeanine Pirro says in the video, followed by a North Korean broadcaster using eerily similar language.