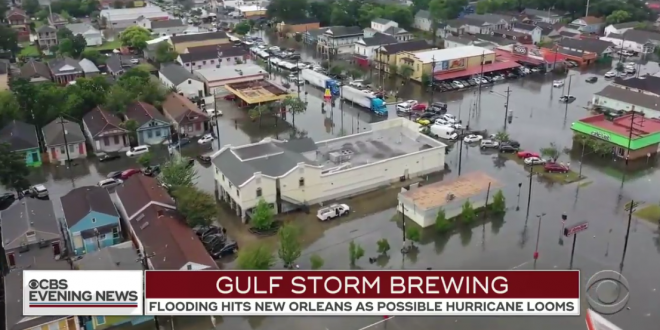 Louisiana Gov. John Bel Edwards declared a state of emergency Wednesday ahead of a storm forecast to hit the state later this week. Edwards warned that the low-pressure system currently in the Gulf of Mexico is expected to produce storm surge, hurricane-force winds and up to 15 inches of rain throughout the state.

Louisiana already began experiencing heavy rain and flooding on Wednesday and flash flood warnings were issued for portions of the state. “I urge the public to continue monitoring local media for weather developments and follow the directions of local officials,” Edwards said.

Louisiana declares a state of emergency ahead of a possible hurricane. Follow live updates: https://t.co/i2c5Ay52hr pic.twitter.com/H98V5z429Q