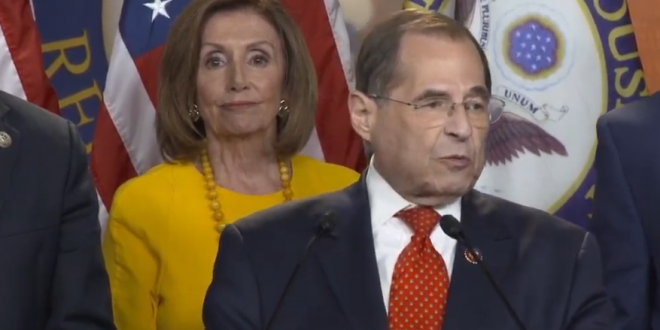 “TRUTH IS A FORCE OF NATURE,” Trump wrote. And just before that, Trump campaign manager Brad Parscale released a statement on behalf of the campaign claiming a total victory for the president.

“These hearings were a disaster for Democrats,” Parscale wrote. “This entire spectacle has always been about the Democrats trying to undo the legitimate result of the 2016 election and today they again failed miserably.”