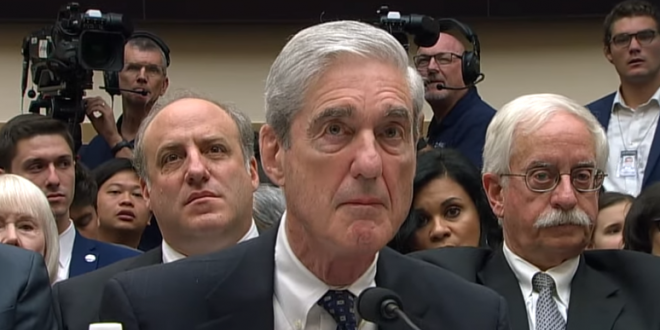 During Robert Mueller’s testimony in front of the House Judiciary Committee on Wednesday, Rep. Ken Buck (R-CO) asked Mueller if he could indict the president on obstruction charges. The former special counsel’s answer was simple: “Yes.”

It was a rare striking moment in a hearing that has, so far, been largely unenlightening. Mueller’s position is that he didn’t consider indicting Trump solely because of the Office of Legal Counsel (OLC) ruling saying sitting presidents can’t be indicted.

But Trump won’t be president forever, and Mueller’s view is that once Trump is out of office, prosecutors could charge him with obstruction if they believe the facts laid out in the report warrant it.

Testimony before the House Intelligence Committee is slated to start at 12:45PM as it doesn’t appear they’ve scheduled a lunch break. The streams below are all live already.

Previous ALABAMA: GOP Senate Candidate Says We Must Put Jesus First Because He Gave Us The Gift Of Trump
Next Homocon Drudge Accuses Mueller Of Being On Drugs