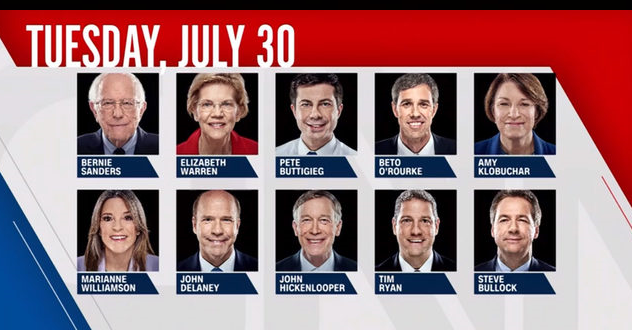 CNN’s Democratic presidential debates will air exclusively on CNN and will stream live in their entirety, without requiring log-in to a cable provider, exclusively to CNN.com‘s homepage, across mobile devices via CNN’s apps for iOS and Android, and via CNNgo apps for Apple TV, Roku, Amazon Fire, Chromecast and Android TV.

CNN is apparently not running the debate on their YouTube channel, so I’ll embed a bootleg here later if one pops up. Blue Bear will go up at the regular time.