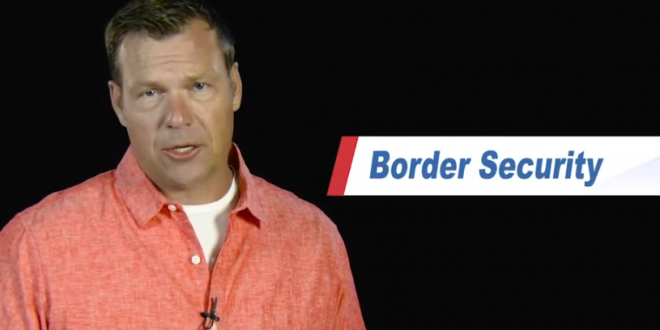 Kansas GOP Senate candidate Kris Kobach blamed his gubernatorial loss last year on “propaganda” and is vowing to take a new approach to his Senate bid. “I’d failed to anticipate just how powerful the propaganda would be,” the former Kansas secretary of State said in a five-minute video released by his campaign.

“When someone is called a ‘racist,’ a ‘fascist,’ even a ‘white nationalist’ over and over on a daily basis, even Kansans will eventually doubt themselves.” Kobach asserted that his views were more in line with voters than his critics had maintained.