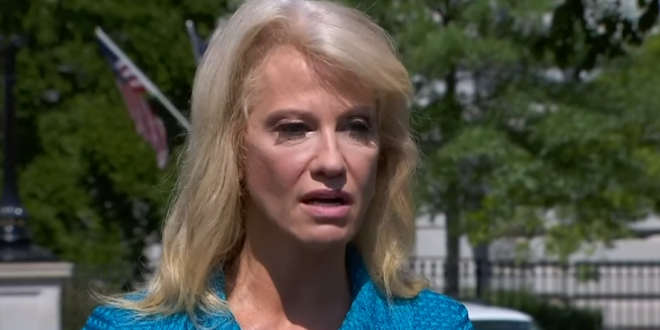 “What the president is doing is — we are tired — sick and tired — of many people in this country. Forget these four. They represent a dark underbelly of people in this country of people who are not respecting our troops, are not giving them the resources and the respect that they deserve. They voted against the military aid. The voted against pay raises.” – White House senior advisor Kellyanne Conway, speaking on state television.

Kellyanne Conway says The Squad, a group of Democratic congresswomen of color, “represent a dark underbelly of this country” pic.twitter.com/N1JoiC9NdG