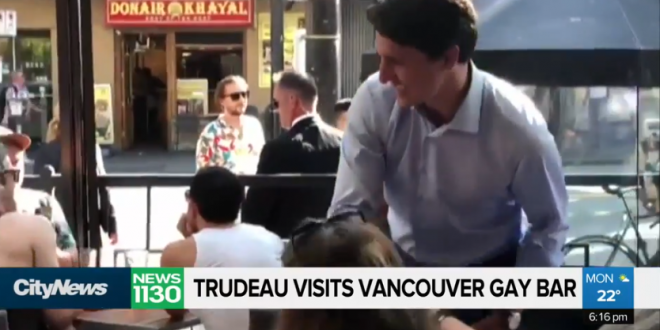 It may have been the first time a sitting Prime Minister has visited a gay bar. Prime Minister Justin Trudeau stopped in for a beer at the Fountainhead Pub in Vancouver’s West End early Monday evening.

NEWS 1130’s Taran Parmar was there. “We’re kicking off pride week here in Vancouver — that’s definitely one way to do it,” she says. “To see Prime Minister Justin Trudeau walk into a bar here on Davie Street, a packed bar at that.”

This is the first time a sitting Canadian PM has visited a gay bar, and may even be the first instance the leader of a country has done this. @NEWS1130 pic.twitter.com/Vt5o1g6pum