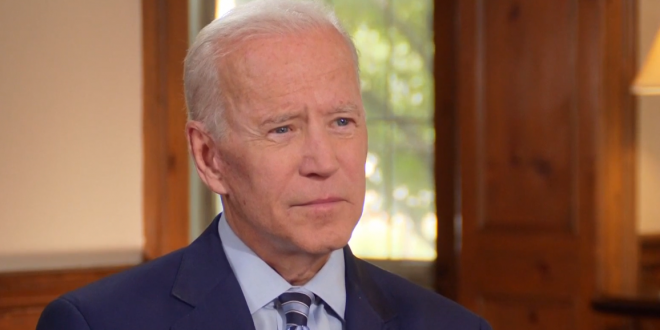 But Biden, the frontrunner for the 2020 Democratic presidential nomination, also cautioned that the progressive firebrands represent “the exception rather than the rule” among elected Democrats and lauded House Speaker Nancy Pelosi’s handling of her caucus.

“AOC is brilliant, and the other three women we’re talking about are really smart, but they are the exception rather than the rule,” Biden continued. “If you listen to the guys and women in your business, they say, ‘That’s the majority of people who got elected.’ We need that kind of energy, but that’s not the majority of Democrats who got elected last time.”

“This is not a third term of Obama,” Biden said on MSNBC. “It’s a different world. The same things don’t apply.” https://t.co/bugPynDUtS pic.twitter.com/GLgoR7vbpj

Joe Biden on President Trump: “I’m not backing down at all from him.”

Previous Ben Shapiro: If A Woman Plays James Bond Then Male Viewers Can’t Fantasize They’re Him While Watching
Next Amazon Offer: $10 If You Let Us Track Your Browsing