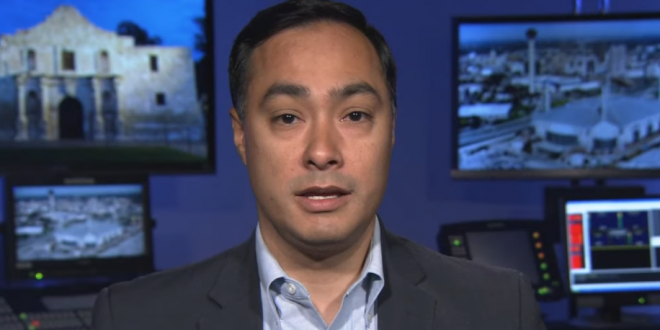 A Twitter spat between Rep. Joaquin Castro and Fox News’ Laura Ingraham escalated quickly on Wednesday — with the Texas congressman branding the conservative talking head “a white supremacist” during an exchange over conditions at migrant detention centers.

Castro, the chairman of the Congressional Hispanic Caucus, and several other lawmakers on Monday toured facilities operated by U.S. Customs and Border Protection to hold Central American migrants, including the controversial Border Patrol station in Clint, Texas, that has come under intense scrutiny for the treatment of children confined there.

And, no, I don’t think refugees should be kept in war-zone conditions in the most prosperous nation on earth. https://t.co/1MJiYa3QJV

Previous Pentagon Tells Troops To Say: “I’m Proud Of My Tank”
Next Trump Asks People To Show Up Early For DC Ego Rally