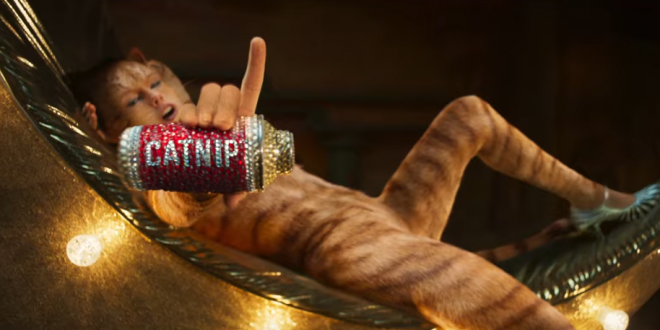 We live in a time when it’s hard to find anything that can truly bring people together. There were those first, glorious few weeks of Pokémon Go, and of course the universal joy of mocking that coffee cup sitting on the table in Game of Thrones.

But now something entirely different has united the internet. Something so unnerving and dissonant with the psyche that watching it automatically binds you to all of humanity in what can only be described as a shared nightmare.

It is the trailer for Cats, the movie adaption of Andrew Lloyd Webber’s Broadway classic. To watch it is to stare into the abyss, only to have the abyss anthro-erotically purr back, making pawing motions at you before rubbing its humanoid butt against your leg.

Expect to hear the haunting refrain of “Memory,” as performed by Jennifer Hudson, approximately 80 times in the office today: There’s a good chance your coworkers are all watching the “Cats” trailer, and there’s a very good chance they’re all horrified by it.

Alas, if Twitter’s anything to go by, the internet was more mystified than enchanted — and in some cases, downright terrified.

I don’t know why you’re all freaking out over miniature yet huge cats with human celebrity faces and sexy breasts performing a demented dream ballet for kids.

it has been one full hour since I saw the CATS (2019) trailer and this is the image that will haunt me pic.twitter.com/98Ej35v8v5