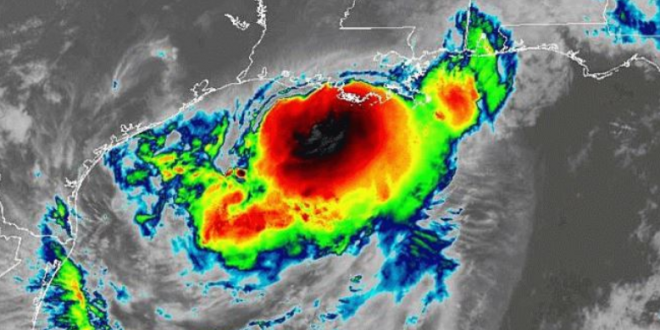 Barry began to sweep into south Louisiana on Saturday and was upgraded to a Category 1 hurricane. The storm strengthened slightly, with maximum sustained wind speeds at 75 miles per hour. Barry is moving at 5 m.p.h., about 40 miles south of Lafayette.

The storm is now at hurricane strength. But wind speeds are not what is troubling much of the region. Experts predict possible rains of up to 25 inches in parts of southern Louisiana and coastal Mississippi, and the slow-moving storm could create big flooding risks in inland areas like greater Baton Rouge.

Officials issued mandatory evacuation orders in communities along the coast, including parts of Plaquemines, Jefferson and Lafourche parishes. All morning flights in and out of the Louis Armstrong New Orleans International Airport were canceled on Saturday.