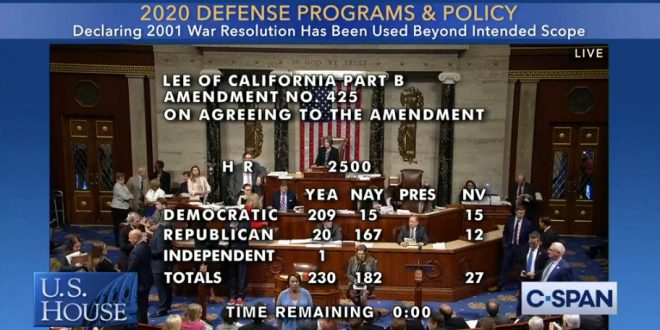 The House voted Friday to prevent President Trump from launching into war with Iran without getting Congress’ approval first, after more than two dozen Republicans joined Democrats to include the provision in the House’s annual defense authorization bill.

The move sets up a likely showdown with the Senate over whether the Iran restriction, which includes an exception for cases of self-defense, will be included in the final bill negotiated between the two chambers.

Republican leaders in the House and Senate have argued that the language would send a bad message to Tehran that the United States is divided, complicating the president’s ability to manage escalating tensions.