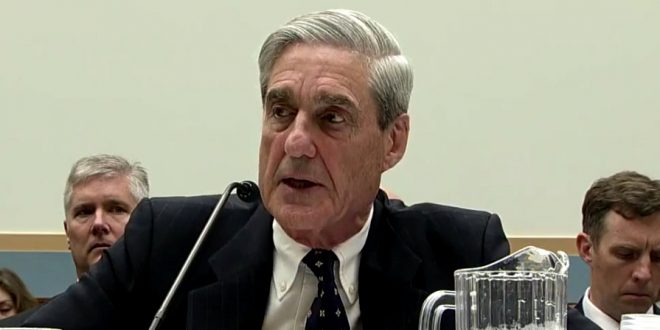 “It is not that that there will be a big, dramatic, new revelation necessarily, we’re not expecting that,” a Judiciary Committee Democratic staffer said Thursday in a briefing ahead of the hearings.

“What’s important is there is truly shocking evidence of criminal misconduct by the president — not once but again and again and again — that would result in any other American being criminally charged in a multiple count indictment.”

Rep. Devin Nunes said he is expecting “the worst” from former special counsel Robert Mueller’s testimony next week. “I really expect the worst because Bob Mueller does not have to show up,” Nunes told Fox News’ Martha MacCallum.

“So he’s doing this on his own free will. That tells me the last time he operated on his own free will, everyone forgets, [Attorney General William] Barr came out with a memo, was very clear about the decision that he had made, and then a few days later Mueller decided on his own to go out and hold a nine-minute press conference.”

Democratic members and staff on the House Judiciary and Intelligence committees in recent days have held closed door meetings to lay out their gameplans in advance of Mueller’s testimony.

Judiciary lawmakers say they’re painstakingly planning their questions to maximize their time with Mueller, but members on both sides of the aisle are keeping their specific lines of questioning close to the vest.

Yes, there are District establishments laying out the welcome mat in time for Mueller’s first appearance. Shaw’s Tavern (520 Florida Ave NW) is opening at 8 a.m.

All of the restaurant’s televisions will be playing the Mueller hearing with full sound, the Facebook event promises, and there’ll be breakfast and lunch specials available. Shaw’s Tavern will start slinging alcoholic beverages at 11 a.m., which is the earliest that the venue can legally do so.