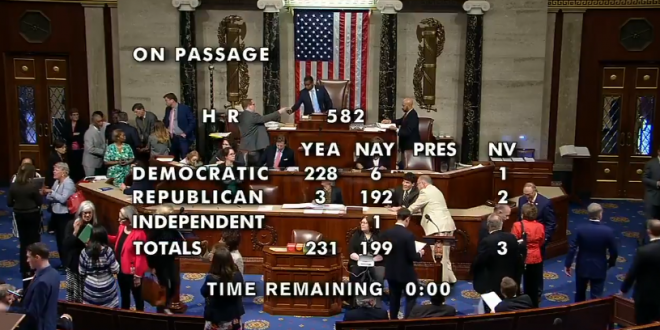 The House passed a bill Thursday that would raise the federal minimum wage for the first time in a decade — but there’s little chance the measure will be taken up in the Republican-controlled Senate. The House vote was 231-199.

The bill was a priority for progressives and gives a victory to a movement that’s taken nearly seven years to get this far. But in its current form, the bill has no major support from the Republican side.