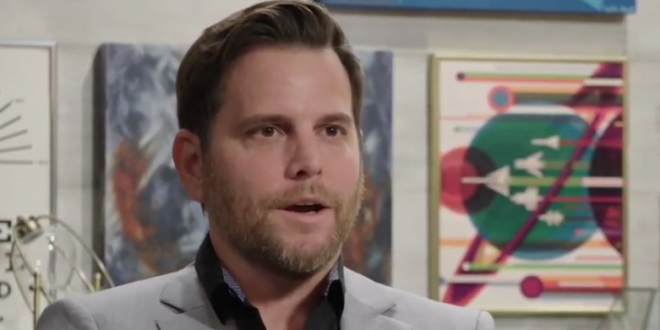 The Dennis Prager/Adam Carolla documentary “No Safe Spaces,” which chronicles the academic Left’s politically correct war to silence free speech on college campuses, released a new preview featuring conservative talk show host Dave Rubin warning liberals that the leftist mob will come to claim their heads if they ever show a hint of individuality.

“It will come for you,” he says. “If there is someone watching this right now that is a hardcore progressive, that’s going, ‘man, I hate Prager and Rubin, and this is all nonsense,’ guess what, if you have any spark of individualism in you, if you have anything about you that’s interesting or different, they will destroy that, too.”

Rubin last appeared on JMG in April when he declared that the political left “needs to burn.” Which is totally supportive of opposing opinions.

Rubin has over one million subscribers to his own YouTube show, where he regularly hosts conservative and far-right personalities as he pretends to be a “thinking liberal” willing to hear both sides of any issue. This long-running con has made him a darling on right wing sites.

Previous Accuser Drops Assault Suit Against Kevin Spacey
Next Trump: “I Don’t Think I’m A Bully At All” [VIDEO]